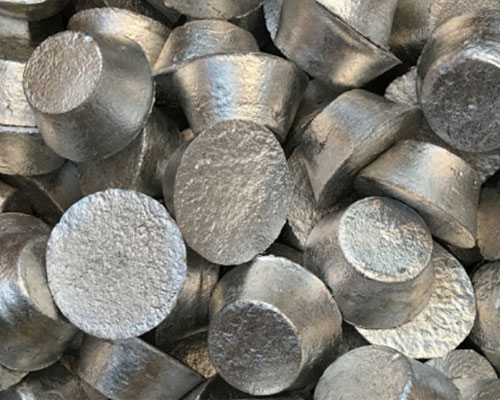 After the deterioration, it cannot be refined with chlorine salt to avoid the formation of SrCl2, and the strontium deterioration effect is lost. Only argon can be used for refining.

The boiling point of strontium is 1380℃, which is much higher than that of sodium, and it is not easy to burn. The effective time for the deterioration of sand casting can reach 6~8h, so it is called long-acting modifier.

Pure strontium is extremely active. It is strongly oxidized to white powder SrO in the atmosphere. It will decompose hydrogen when it meets water. It must be stored in kerosene or paraffin oil. It should be cleaned with acetone before use and immediately put into the aluminum liquid. The disadvantage of strontium deterioration is SrH exists in strontium, it is not easy to remove hydrogen, and it is easy to produce mold reaction, often forming pinholes in castings.