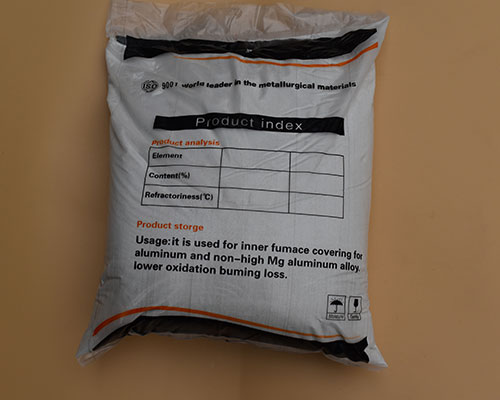 There are two very important aspects to be considered when processing aluminum dross with fluxes. It is of extreme importance to maximize the recovery of metallic aluminum from the dross. It is of equal importance to produce a waste product that is environmentally compatible or salable to other industries. AdTech is dedicated to research and development, production and market of aluminum drossing fluxes for separating high temperature slag in molten metal during aluminum alloy casting process.

Molten aluminum and its alloys are very reactive, in particular with oxygen. Thus, a second phase, referred to as dross, is invariably present on the surface of aluminum melts. Depending on the nature of the raw materials used to generate the melt, and the environment within which the melt is generated, the dross may contain varying amounts of oxides, nitrides, carbides, entrapped metallic aluminum, metals and metal halides.

Aluminum drosses are classified according to the amount of NaCl/KCl salt they contain. Primary aluminum producers use little or no salt in their processes, and the dross they produce is referred to as “white dross”. In the secondary refining of aluminum and in aluminum dross processing, NaCl/KCl salt is used more widely. The salts increase the interfacial tension of the dross/aluminum system, and allow the metallic aluminum to coalesce and be separated from the oxide more easily. The salt also helps protect the liquid aluminum from the atmosphere, thereby lessening the likelihood of further oxidation. The resultant drosses produced from these processes contain higher amounts of salt, and are referred to as “black dross”. Dross processors use great quantities of salt in their aluminum recovery process, and the non-metallic product of dross processing is referred to as salt slag. Black dross and salt slag produce environmentally harmless residues. Thus, processes are being developed to recycle or stabilize dross residue to and technologies for processing aluminum dross to meet possible future environmental regulations concerning the disposal of dross in landfills are being sought.