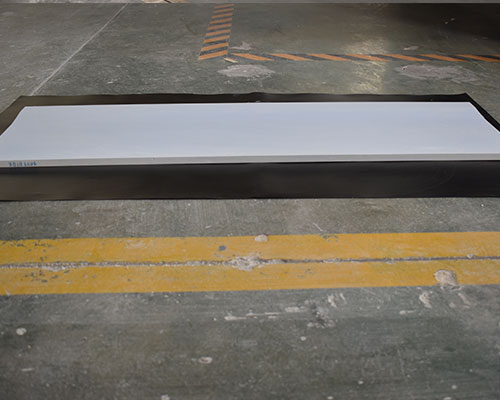 In a typical twin roll caster a liquid metal, for example aluminium, is fed from an elongate casting tip into the nip between two counter-rotating water cooled rollers. The liquid metal is cooled on contact with the rollers and freezes as it passes between the rollers to form a wide cast metal strip of uniform thickness. The casting process can operate continuously for as long as liquid metal is supplied to the caster.

Caster tips are typically made of a low density ceramic material that is able to withstand abrasion and thermal shock associated with liquid aluminium contact, for example a ceramic fibre board formed to the necessary shape. Because these materials are low in density they have a low thermal conductivity (typically less than 0.18 W/mK) and offer some degree of thermal insulation to the liquid Aluminium inside the caster tip. However, they can become chemically attacked and abraded after a period of production time. This can lead to the formation of various impurities within the tip structure ultimately leading to a premature stop of the casting campaign.