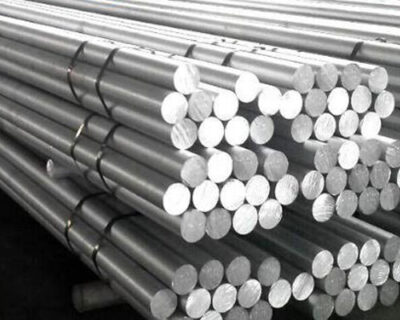 The aluminum liquid that 6061 aluminum rod sucks out from the electrolytic cell contains various impurities, so it needs to be purified before casting. In industry, casting purification methods such as clarification, flux, and gas are mainly used, and directional solidification and filtration methods are also used for purification.

Flux purification is to use the fluxes added to the aluminum liquid to form a large number of fine droplets, so that the oxides in the aluminum liquid are wet, adsorbed and dissolved by these droplets, forming new droplets to the surface, and after cooling, the scum is removed. The flux used for purification is composed of salts with low melting points, small density, small surface tension, high activity, and strong adsorption capacity for oxidized slag. When in use, first put a small piece of flux into the iron cage, and then insert it into the bottom of the mixing furnace to stir back and forth. After the flux is finished, take out the iron cage and rest for 5~10min. Remove the surface scum to cast. The flux can also be withdrawn on the surface as needed to cover it.

Gas purification is a main 6061 aluminum rod purification method. The gas used is chlorine, nitrogen, or a mixture of chlorine and nitrogen. (3) Mixed gas purification method. A mixture of chlorine and nitrogen is used to purify the aluminum liquid. The 6061 aluminum rod functions to remove hydrogen and oxides on the one hand, and to remove certain metal impurities (such as magnesium) in aluminum on the other hand. The common composition is 90% nitrogen +10 % Chlorine. There are also 10% chlorine + 10% carbon dioxide + 80% nitrogen. This effect is better, carbon dioxide can make chlorine and nitrogen diffuse well, and can shorten the operation time.