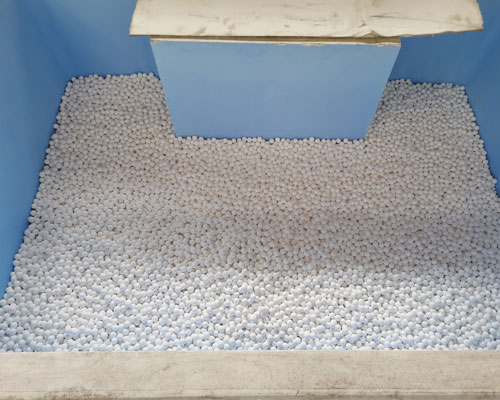 The impurities in the melt have been identified as the main cause of product failure during production and use. Therefore, melt cleanliness becomes a measure of melt quality. Two main types of impurities can be distinguished: dissolved elements and suspended particles. The source of impurities can be traced back to the original metal, various melt processing operations, and the interaction of molten metal with refractory materials and the environment. Essentially, the quality of the melt can be controlled by removing alkali trace elements, H, and inclusions. Various technologies, such as online degassing equipment, furnace flux and deep bed filtration equipment, and ceramic foam filters, can be used to control the impurity content. The removal efficiency of inclusions can be improved by increasing the filter length or reducing the melt speed. If you want to maintain a constant flow rate, particles will accumulate (or reduce porosity), flow resistance increases, resulting in an increase in pressure drop, and in turn, an increase in interstitial velocity. As a result, the resistance exerted on the contacting particles or the particles that have been captured will increase. Because the particles may not be able to adhere to the filter surface due to the increased resistance, even if they can contact, it may result in lower adhesion efficiency. Likewise, if the adhesion force is overcome, the increased resistance may shed previously captured particles. Particles scrubbed from one location may be recaptured downstream of the filter or, in the worst case, released into the filtered liquid metal. This release may occur during continuous flow or during flow interruption, which is the case when aluminum filtration is performed during casting stop/start. During the restart, a large number of inclusions may be released. The released inclusions may also come from filters or other melt cleaning equipment.