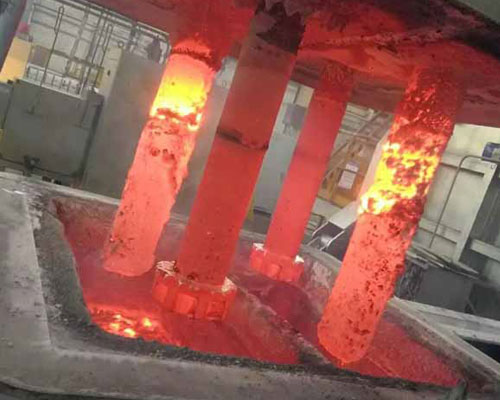 Aluminum is a metal used often for its relative strength given its light weight. When aluminum is cast, however, impurities known as inclusions can create weak points in the product. There are several causes for these inclusions, but one of the most prevalent in the presence of hydrogen. Hydrogen gas is soluble in liquid aluminum, and it can pass through molten aluminum almost as easily as it passes through air. As the liquid metal cools and hardens, the hydrogen flows from areas of high pressure to areas of low pressure. It coalesces and creates pockets of gas which, when the metal solidifies, become inclusions and weak points. Degassing is a process used to remove hydrogen from the molten aluminum alloy.

As the demand for higher quality aluminum products increases, especially in the aerospace industry, so does the need to reduce the occurrence of inclusions in molded products. A popular hydrogen removal method involves introducing bubbled nitrogen gas into the liquid aluminum. The hydrogen is drawn to the nitrogen bubbles, then carried up through the aluminum and released on the surface. Argon is also very effective, but because of the high costs associated with this gas, nitrogen is preferred. The static lance is a pipe that is inserted into the pot of liquid aluminum. Large nitrogen bubbles are released from the end of the lance and travel up through the product. When exposed to humid air, the large bubbles break the surface and attract more moisture that is dissociated into hydrogen and oxygen. The hydrogen then re-dissolves into the aluminum.

A rotary degassing works by increasing the surface area of the inert gas introduced into the metal. The smaller nitrogen bubbles have a much greater overall surface area and collect more of the hydrogen. The lower surface disturbance of the smaller bubbles also allows for less hydrogen to be recaptured in the metal from the humidity in the atmosphere.