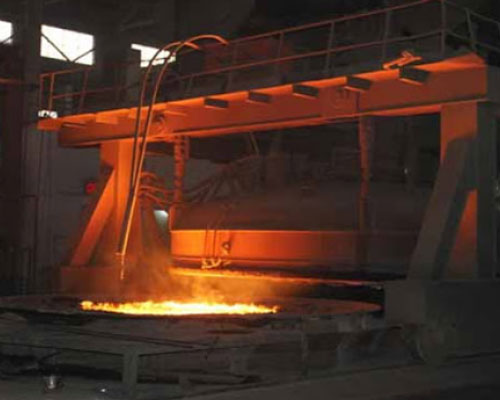 The compound molten metal degassing refining method is to add a certain substance that can form hydrides and nitrides with gas into the flux, such as adding Li, Ca, Ti, Zn and other active metals to form LiH, CaH, TiN, ZnN, and other compounds to melt the metal A method of removing gas from the body. These formed compounds have low density and are mostly insoluble in molten metal, and are easily eliminated by slag removal and refining. The hydrogen and oxygen dissolved in the molten metal sometimes interact to form neutral water vapor, which can also achieve the purpose of degassing.

The electrolytic molten metal degassing refining method uses a pair of electrodes inserted into the molten metal, and the surface is covered with covering flux. Or the metal melt is used as one electrode, the other is inserted into the flux, and then direct current is applied for electrolysis. Under the action of the electric field, the H in the metal tends to the anode, neutralizes the charge and polymerizes into hydrogen molecules, and then escapes. Other negative ions in the metal release charges on the cathode, then gather and float up and stay in the flux, and are combined into slag to be removed. Practice shows that this method can not only remove gas, but also remove slag, and can be used for the refining, degassing, and slag removal of aluminum and its alloys.