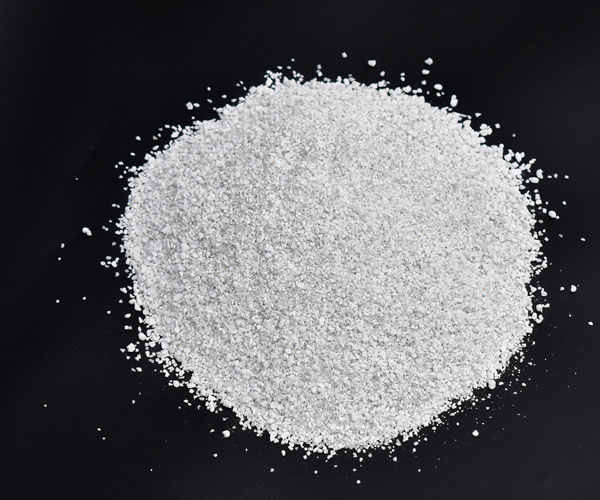 As a flux for adding Na, sodium-based fluxes mainly composed of NaF and NaCl are widely used. Na usually has the effect of promoting pore dispersion in aluminum castings, but due to the reaction with moisture in the air, even if the molten metal contains only a few PPM content of Na, it is easy to form a higher hydrogen concentration, thereby promoting the surface of the molten metal Oxidation and slag formation. Furthermore, in 5000-series aluminum alloys containing Mg as the main alloy component, a small amount of Na can cause grain boundary embrittlement, and cause significant deterioration in elongation and other properties. Therefore, non-sodium flux is widely used as a flux for slag removal of molten aluminum alloys in casting production lines where it is not desired to add Na.

The non-sodium flux mainly contains chloride-based fluxes such as MgCl2, CaC12, KCI, etc., which have a slag removal effect and do not contain any Na salts, and are mixed with components that can improve the reactivity of molten aluminum, such as KAIF, AlF3, K2SO, etc. However, among the chloride-based fluxes, MgCl2 and CaCl are hygroscopic and must be stored carefully. If the flux that absorbs moisture is directly in contact with molten aluminum, there is a danger of water vapor explosion. Therefore, if possible, the use of MgCl and CaCl2 should be avoided as much as possible. Moreover, if MgCL2, CaCl2 react with molten aluminum alloy, it will emit an odor and reduce work efficiency. For the above reasons, unless used in a closed furnace, chloride-based fluxes are generally not used.

Therefore, in the casting production line where Na is not desired, as a flux for molten metal slag removal, non-sodium flux contains KCI with a slag removal effect as the main component, and also contains a component that improves the reactivity with molten metal, such as KAIF3, AlF3, K2SO4.