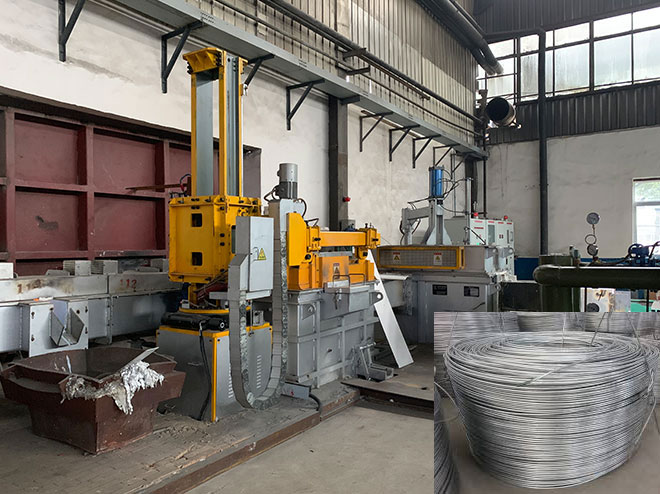 The online aluminium degassing system is mainly used in the processing of molten aluminum, and it is expected to remove gases and other impurities from the molten aluminum before further processing and depending on the specific process.

If hydrogen remains in the aluminum during the casting process, the escape of hydrogen from the solution may cause any one or more casting problems, such as twisting, peeling, blistering, or even cracking. Generally, hydrogen is removed from molten aluminum by introducing an inert gas through the molten metal. The inert gases that can be used include argon or nitrogen.

In addition to removing hydrogen through the use of inert gases, it is often desirable to remove other impurities during the refining process, and this removal may also occur during this degassing process. For example, adding a smaller amount of chlorine to an inert gas can remove various inclusions and alkali metal impurities in a relatively effective manner.