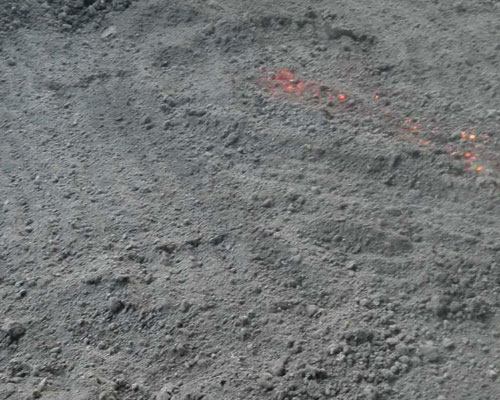 Take alkali metal sodium as an example. Sodium is almost insoluble in aluminum, and the maximum solid solubility is less than 0.0025%. In Al-Mg alloy, when the magnesium content exceeds 2%, magnesium deprives silicon and separates free sodium. Na is solidified during the solidification process. Existing in the grain boundary, during the plastic deformation process, due to its low melting point, it regains its free state and forms the source of cracks. As the amount of deformation increases, the cracks converge to form cracks, which is the so-called “sodium brittleness” phenomenon.

According to existing reports, the method that can be used to remove alkali metals in aluminum melt is to use in a holding furnace
Chlorine, chlorine-containing refining agents (such as hexachloroethane, carbon tetrachloride, etc.) or fluoride-containing refining agents are used for refining the melt. However, in the process of using chlorine, chloride or fluoride, there will be chlorine gas floating out of aluminum melt, chlorine gas and hydrogen fluoride generated after the reaction with alkali metals, hexachloroethane and tetrachloride gasified by heating The generation of carbon gas will seriously damage the furnace lining and shorten the furnace life. Secondly, it will cause occupational hazards to production operators.

An environmentally friendly and efficient way of alkali metal/alkaline earth metal is realized by substitution reaction. The basic principle is to use the characteristics of active wave of alkali metal/alkaline earth metal chemical characteristics according to the order of metal activity, and add other metal salts with relatively inactive cations. , And then removed by other physical methods. Taking the removal of Na in magnesium-containing alloys as an example, the removal is generally achieved through the substitution reaction of MgCl2 and elemental Na. The basic reaction formula is as follows
MgCl2+2Na=2NaCl+Mg

At present, high-performance alloys are developing in the direction of large specifications, and the size requirements of cast slabs are gradually increasing. The residual gas, impurities, slag and alkali/alkaline earth metals in the aluminum alloy melt will be more harmful during the processing and deformation of the cast slab.