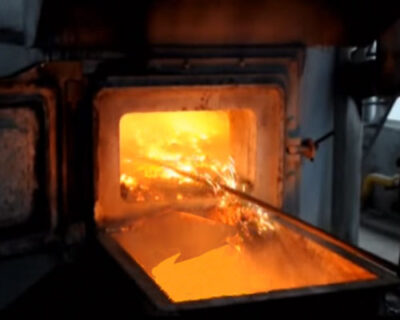 It is generally believed that a small amount of alkali metals in aluminum can have a greater impact on non-silicon and high-magnesium alloys. Na and Ca will cause hot working cracks, while Ca and Li will affect the welding performance of aluminum. At present, what we are most familiar with is the so-called sodium embrittlement phenomenon, because sodium is almost insoluble in aluminum, with a maximum solid solubility of 0.0025% and a low melting point of 97.80C.

When sodium is present in the alloy, sodium is adsorbed on the surface or interface of dendrites during solidification. During thermal processing, the sodium on the grain boundaries forms a liquid adsorption layer, causing brittle cracks. When silicon is present, a NaAlSi compound is formed, without the presence of free silicon, and no sodium brittleness is produced. However, if silicon and magnesium exist at the same time, magnesium will deprive silicon and release free sodium, resulting in sodium brittleness. The reaction formula of magnesium depriving silicon is as follows:

The above reaction occurs when the magnesium content exceeds 2%. Alkali metals in primary aluminum are the three elements Na, Li, and Ca. Na mainly comes from the electrolyte of aluminum, Li comes from the lithium fluoride salt added by electrolytic aluminum plants to improve current efficiency, and Ca comes from electrolysis Alumina itself. Studies have shown that the content of Na and Li in the original electrolyte is higher, while the content of Ca in remelted or recycled aluminum is higher.

Due to the need for sustainable development, the increasing use of recycled aluminum, and the reduction of energy consumption and production costs in electrolytic aluminum plants, have made the problem of alkali metals in aluminum raw materials more and more prominent. The demand for alloys of, 5 series and 7 series is increasing. At present, the removal of alkali metals Na, Li, and Ca from aluminum melt has become the three major problems in the purification process of aluminum melt alongside slagging and hydrogen removal. AdTech offers refining flux for alkali metals removal.