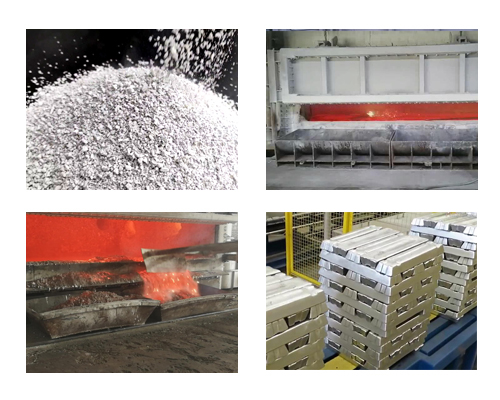 Aluminum Casting Flux Purification is the key to improving the quality of aluminum alloy metallurgy, and it is also the basis for refinement and deterioration. Casting A356 aluminum alloy has been widely used in products such as automobiles and motorcycles due to its excellent casting properties, heat treatment properties, processing properties and mechanical properties, and has become one of the most important AI-Si series cast aluminum alloys. The main defects of cast aluminum alloy-pores and slag inclusions are caused by solid particles such as gas and oxides remaining in the alloy. Therefore, in order to obtain high-quality melt, it is not only necessary to select the correct and reasonable smelting process, but also the refining and purification treatment of the melt is also very important. The Influence of Melting Temperature on Aluminum Casting Flux Purification

After overheating, the temperature is lowered for aluminum casting flux purification treatment, and many large-sized inclusions can be seen on the metallographic structure of the alloy. The existence of the inclusions will reduce the mechanical properties of the alloy. It can be seen that the control of smelting temperature plays an extremely important role in the purification process of A356 aluminum melt.