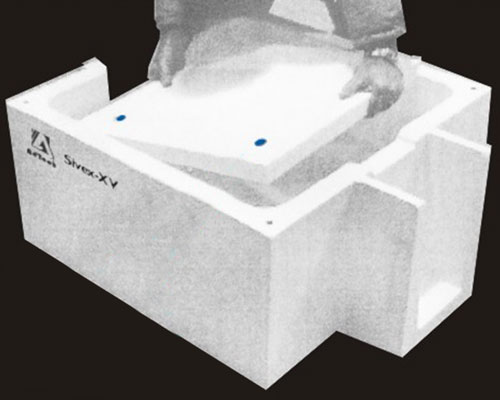 Before further processing (casting into ingots or castings), the aluminum melt is melted and then almost always requires filtering. The filtering method depends on the casting technique used or the processing method of the aluminum melt. It is generally believed that it is possible and beneficial only when a sufficiently large amount of metal is used. Among aluminum castings, ceramic foam filters are the most commonly used for aluminum melt filtering. Usually, they are square plates with a side length of 178 x 660 and a thickness of 50 mm. They are made by introducing porous polymer foam into liquid ceramic slurry. The ceramic coated foam is then dried and fired to remove the polymer binder. The result is a ceramic replica of the original organic foam structure. The ceramic foam filter can be used in large industrial and small foundries, including filtering metal during the casting of each casting.