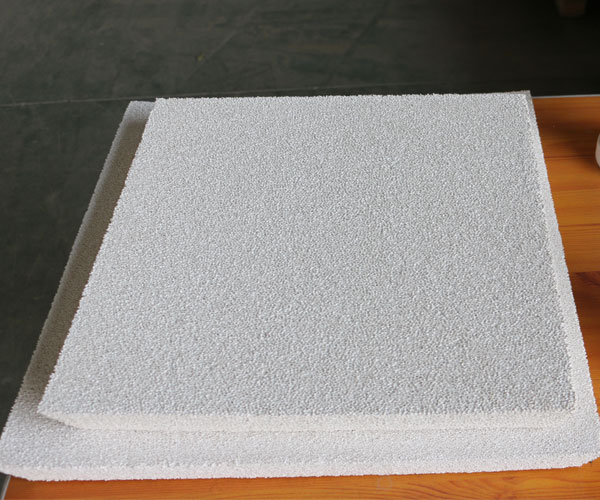 Therefore, there has been a demand for a filtering technology that can simultaneously solve the conflicting conventional problems, i.e., a filtering technology capable of reducing inclusions to a given amount that ensures the required molten Al quality and having a sufficiently long filter life, even when the molten Al is obtained by using scrap of aluminum alloy products as a part or all of the aluminum raw material and thereby the molten aluminum alloy contains a large amount of non-metallic inclusions and, in addition, when the non-metallic inclusions include fine inclusion particles of about 10 to 25 μm for the most part.

For this purpose, the ceramic foam filter instead of the above-mentioned conventional filter that is made only of a refractory aggregate meshed member in which the filtering is performed only by depositing inclusion particles on the filter surface (this type is called “surface filter”). The molten Al refractory filter includes a refractory aggregate meshed member coated with a compound that is able to be softened or viscous at the temperature of molten aluminum alloy. With this filter, the inclusion particles can be absorbed by the coating compound (i.e., the coating layer of the aggregate meshed member), to be removed from the molten Al (this type is called “internal filter”).