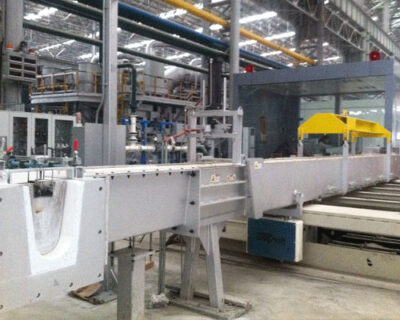 Molten metal becomes billet or material at one time, which shortens the production process, simplifies the production process, and saves a lot of equipment investment and source consumption. One casting and rolling mill can replace the traditional DC casting machine, heating furnace, and billeting machine, and its equipment costs It is only 1/3 of the hot-rolled billet. Due to the elimination of secondary heating and reduction of rolling passes, the energy consumption is only 40% of the traditional production method.

The cooling rate of continuous cast rolling reaches 100~1000K/s, which is much higher than the DC casting method (2-3K/s). Therefore, the dendrite spacing of the cast-rolled sheet is only 5-10μm, the metal compound particles are fine, 1-2μmn, and the supersaturation of the solute element in the solid solution is greatly improved, which increases the tensile strength and yield strength of the cast-rolling by 10%~ 20%, the recrystallization temperature increases by tens of degrees.

The combination of casting and rolling improves the compactness of the metal structure, eliminates shrinkage and porosity, reduces defects such as segregation, eliminates cutting ends and ends, and increases the yield rate by about 15%.

It can realize continuous and automatic casting and rolling production, which is conducive to scientific management and improvement of labor production conditions.