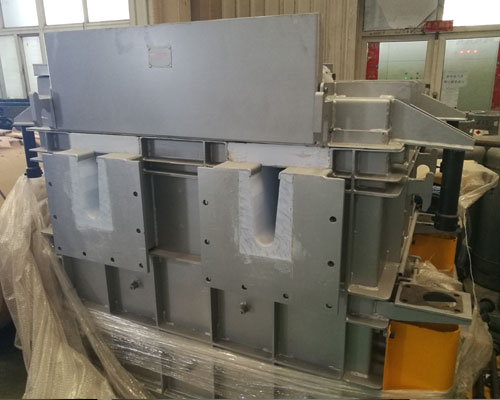 The degassing box manufacturing technology is very mature, and the degassing efficiency can usually reach more than 45%, depending on the alloy and the H content in the melt after treatment in the furnace.
The key to the degassing device lies in its use. The problems that often arise in production practice are:

1. The rotor runs with disease and the degassing effect is greatly reduced.

The impeller is installed at the lower end of the rotor. Once it fails (such as falling off, damaged, etc.), it is troublesome to replace, and some cannot even be replaced. At this time, many people will let the rotor without the impeller continue to run. Anyway, it can also be ventilated and bubbling, but because the effect of the impeller to disperse the bubbles is lost, the deaeration effect will be greatly reduced.

If you want to make high-quality products, don’t make do with it. 2. The sealing effect is poor, and the cost of use increases sharply.

The inert gas atmosphere is usually achieved by strengthening the seal and continuously supplying inert gas. Strengthening the seal can reduce the consumption of inert gas. However, the degassing box continues to operate at high temperatures and requires frequent operations (slag removal, etc.). The seal will be easily damaged. Once damaged, the inert gas atmosphere will be weakened, and the oxidation of the graphite rotor will rapidly increase. Especially where the graphite rotor is in contact with the molten aluminum, the oxidized part is quickly washed away, the graphite in the inner layer is oxidized more quickly, and finally a shape with thick ends and a very thin middle is formed. The life of the graphite rotor is greatly reduced, and the use cost is greatly reduced. Surge.

3. Poor quality of refined gas and poor degassing effect.
Refined gas is useful for N2 and Ar. If it is vaporized from liquid nitrogen or liquid argon, the water content of the refined gas is generally very low, because water in liquid nitrogen and liquid argon is no longer possible. If you use self-made nitrogen, it is easy to cause excessive water content and oxygen content if the control is not good. It is used for degassing, and the effect is poor, and it will pollute the melt if it is heavy.