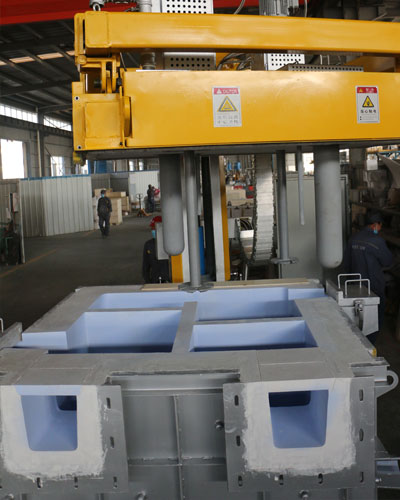 Finally, after the degassing in degassing unit is completed, the molten metal passes through the channel under the partition wall, and is discharged from the outlet through the downstream chamber, and enters the next plate filter device. Plate CFF filter box products are necessary equipment for continuous casting and semi-continuous casting filter purification systems to form stable filtration.