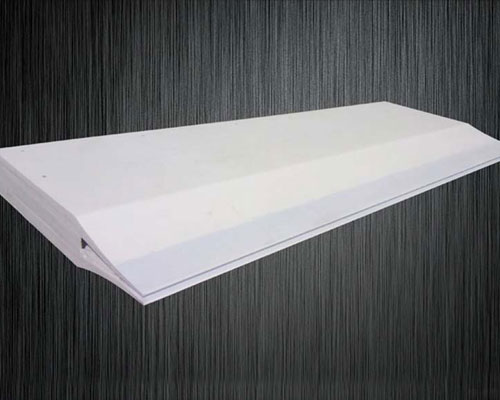 During the aluminum strip casting process, molten aluminum is fed from the elongated feeder caster tips into the nip between two counter-rotating water-cooled rolls. The molten aluminum is cooled when it comes into contact with the rolls and is cooled when passing between the rolls, thereby forming a wide cast metal strip of uniform thickness. As long as the liquid metal is supplied to the casting machine, the casting process can proceed continuously.

The Feeder Caster Tips are usually made of a low-density ceramic material that can withstand the abrasion and thermal shock caused by contact with liquid aluminum, such as a ceramic fiber board in the necessary shape.

Due to the low density of these materials, their thermal conductivity is very low (usually less than 0.18 W/mK) and can provide a certain degree of thermal insulation for the liquid aluminum in the Caster Tip.

However, after a period of production, they may suffer chemical corrosion and wear. This will lead to the formation of various impurities in the tip structure and eventually lead to an early stop of the casting movement. General principles for the setting of casting and rolling zone

Therefore, there is a limit speed in the casting rolling speed, that is, the maximum speed for stable rolling in the critical liquid cavity.