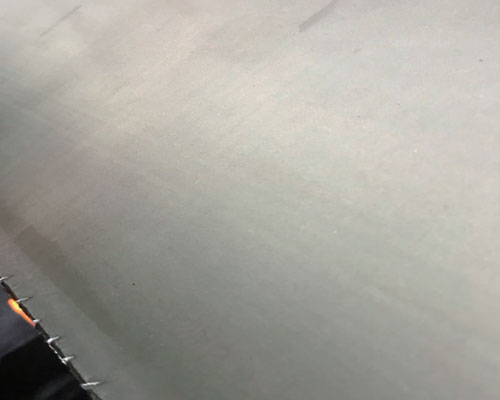 The width of the fine stripes on the surface is generally less than 1mm and the depth is less than 0.2mm, but it can extend for hundreds of meters in the longitudinal direction of the board, even throughout the production process, until the shutdown, the fine stripes are still clearly visible after pickling. Some fine streaks are caused by leftover roller marks, and such fine streaks will generally disappear after pickling. A simple tensile test can show the defect and cause necking near the defect tissue, which proves that the cause of this type of defect is that there are some impurities that hinder the flow of molten metal.