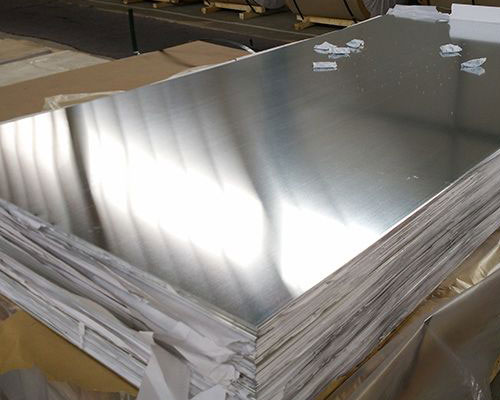 The bright bars are mainly caused by metal and non-metal impurities brought into the nozzle and stayed in the front of the nozzle during the vertical plate, or during the production process due to the low temperature of the head box, the low liquid level of the launder, and the slow slag running speed, the molten aluminum is casting The front edge of the mouth solidifies, causing local blockage to hinder the normal flow of aluminum melt.

Once a bright strip appears somewhere during the casting-rolling process, it will continue until the end of the casting-rolling, without interruption in the middle, and the position does not move. It is not difficult to find the bright strips caused by blockage during production, and symmetrical stripes will be produced on the upper and lower surfaces of the strip. . The formation of bright strips and segregation stripes on the plate surface is just the opposite. Because the aluminum liquid is blocked and solidified at the front of the nozzle, which hinders the normal flow of the aluminum melt, the melt on both sides finally contacts the rollers and cannot obtain the fine equiaxed grains on the surface. After high-concentration acid etching, it can be seen that the local grains are aligned. This kind of streak defect cannot be eliminated in the subsequent processing of cold rolling. It can only be done by increasing the front box temperature and the liquid level of the launder at the initial stage of the streak formation. Measures such as rolling speed to bring out the blockage. (1) The front box and the casting nozzle fan plate should be fully dried when in use. The casting nozzle should be placed in a baking oven for 30 minutes or set at 150°C in the baking oven for more than 1 hour before being put on the shelf. Before discharging, use the liquefied gas (natural gas) spray gun to bake for about 1 minute to prevent the nozzle from exploding and causing blockage.

(3) Take filtering measures, select suitable ceramic foam filter (according to different alloy technology), and filter out the suspended solid inclusions in the melt.

(4) Clean up the front box and base, feeding pipe, launder, etc. when the machine is stopped to prevent metal and non-metal impurities from being brought into the casting nozzle when the slab is erected.

(5) Ensure the purity of the refining gas. If the aluminum liquid is found to be viscous, switch the alternate gas source in time to avoid polluting the melt quality.