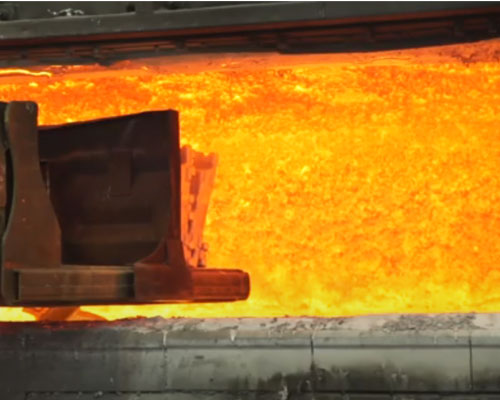 Because there are many impurities in the aluminum liquid in the electrolytic cell, it must be filtered before casting the aluminum ingot. Common methods include fluxes, gases, and clarification purification methods. The main methods are:

1. The fluxes purification method is to use the refining flux added to the solution, which has the characteristics of low density, high activity, and strong adsorption capacity. By adsorbing the oxides in the solution, new droplets are formed and rise to the surface. Scum forms after cooling. The aluminum ingot can be cast by removing the scum. A mixture of chlorine and nitrogen is used to purify molten aluminum. Its role is to remove hydrogen and separate oxides on the one hand, and to remove certain metal impurities (such as magnesium) in aluminum on the other. The commonly used composition is 90% nitrogen + 10% chlorine . There are also 10% chlorine + 10% carbon dioxide + 80% nitrogen. This effect is better, carbon dioxide can diffuse chlorine and nitrogen well, which can shorten the operation time.