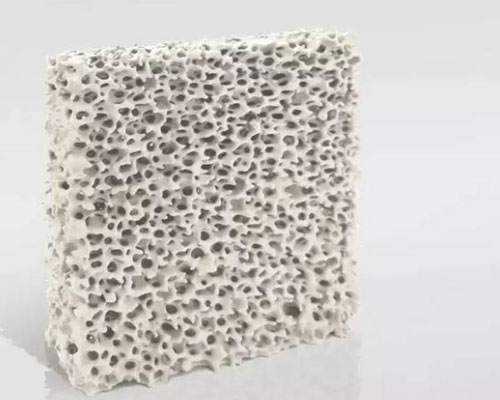 Inclusions and gases in the metal have a significant impact on the strength, fatigue resistance, corrosion resistance, and stress corrosion cracking performance of the material. Effectively controlling the oxidized inclusions in the melt to improve the quality of the cast rod is the common goal pursued by the aluminum industry. At present, foam ceramic filter technology and purification methods are widely used to remove inclusions in aluminum alloy melts.

Part of the inclusions in aluminum alloy come directly from scrap, and most of them are formed during smelting and pouring, mainly oxide inclusions. All inclusions before casting are called primary oxidation inclusions. According to the size, it can be divided into two categories: One is the uneven distribution of large inclusions in the macrostructure, which makes the alloy structure discontinuous, reduces the compactness of the casting, becomes the source of corrosion and the source of cracks, thereby significantly reducing the alloy Strength and plasticity. The other is the fine dispersed inclusions, which cannot be completely removed after refining, which increases the viscosity of the melt and reduces the feeding ability of the molten aluminum during solidification.
The secondary oxidation inclusions are mainly formed during the casting process. During pouring, liquid aluminum contacts air, and oxygen reacts with aluminum to form oxide inclusions.