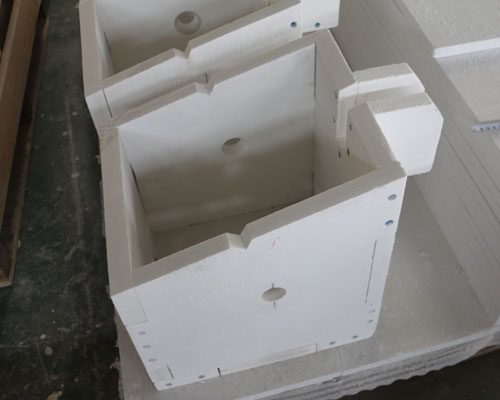 When the liquid level on front box of the vertical plate is low, due to the low static pressure, the metal will pass through the choke dam for a long time, resulting in poor fluidity of the metal, resulting in uneven metal temperature distribution in the mouth cavity, thinner slag material, and easy to be in the mouth A small slag is formed at the front end, producing tissue stripes and longitudinal stripes. Properly increase the liquid level of the front tank when the vertical plate is raised. In principle, the higher the liquid level of the front tank is, the higher the liquid level in the front tank is, under the condition that the oxide film between the nozzle roller gap is not damaged. This is because the liquid metal in the liquid cavity has a large pressure on the crystal surface, which can not only ensure the continuity of the metal, and obtain a dense structure, but also increase the static pressure. During the slag running process, the mouth cavity can be filled at one time. Increase the metal flow speed, make the metal temperature distribution in the mouth cavity more uniform, and reduce the formation of small slags in the mouth cavity and the probability of component surface segregation. Therefore, the cast-rolled surface of the cast-rolled plate after the plate is seldom exhibited structure stripes and longitudinal stripes.

When erecting the slab, the liquid level on front box is too high, which will cause the aluminum liquid to flow out and solidify from the ear edges on both sides, and the ears will be brought out to cause the cast plate to be over-wide and cracked.