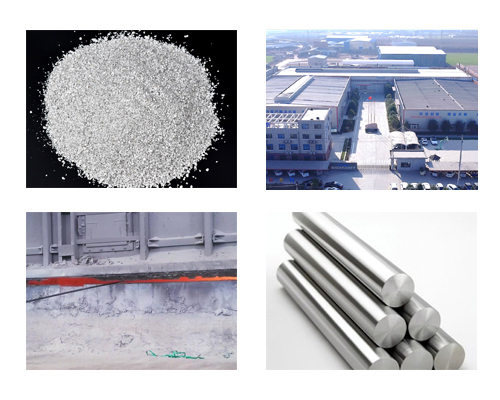 Melting furnace refining flux is dust-free during use and emits low smoke during use. Compared with powdered flux, granular flux can be used in a reduced amount.

There is a thin layer of alumina on the surface of aluminum chips. The layer grows faster when the waste is exposed to higher temperatures and melts. In addition, alumina will eventually float to the surface and form a scum phase. The surface tension of the oxide scale will cause aluminum to be trapped in the scum phase. This is very undesirable because the metal content of scum can reach as high as 80%.

Therefore, it is necessary to use the furnace refining agent to recover the aluminum contained in the slag by destroying the oxide layer and releasing the entrained metal. This is achieved by changing the shape of aluminum droplets, which leads to oxide scale cracking. These types of fluxes are based on the standard composition of 50wt% NaCl and 50wt% KCl, and the eutectic temperature is about 660 ° C. The addition of fluoride salt helps to promote coalescence and produce flux with much less metal content. In particular, Na3AlF6 is very helpful to reduce surface tension. In addition to recovering metal from the scum phase, the main tasks of the refining agent include: protecting the melt from further oxidation by covering, dissolving, or suspending dirt, oxides, and other non-metallic particles. Salt compound droplets act as bubbles and suspend inclusions to the surface by flotation. Since the speed of flux droplets rising to the surface is much smaller than that of bubbles, a certain stabilization time is required. In addition, due to the density gradient, about half an hour of settling time will settle the inclusions to the rear of the furnace. Larger and denser inclusions settle faster than smaller and less dense inclusions.