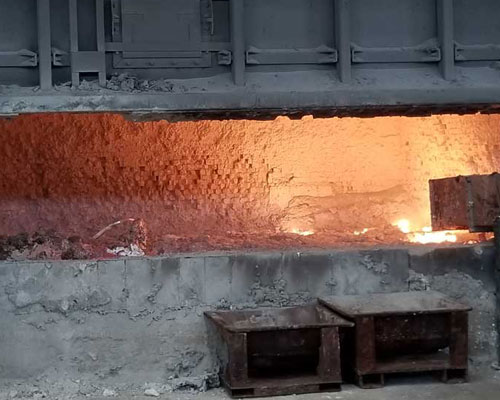 Melting refining is one way to reduce the amount of hydrogen and inclusions entering the molten aluminum. It can obtain clean liquid metal. AdTech offers fluxes for melting refining, they can solve the problem of excessive burning loss and waste gas pollution caused by the chemical reaction of traditional flux in alloy liquid.

For the hydrogen and inclusions entering the molten aluminum, only “emptying” and “dissolving” methods can be used. In the solidification process of cast aluminum alloy, the solubility of hydrogen decreases with the decrease of temperature. Therefore, it is impossible to attempt to partially or even completely dissolve hydrogen in molten aluminum in the alloy matrix during curing.

Melting refining is one of the most common and effective means to obtain clean liquid metal. Obtaining clean aluminum alloy melt is the guarantee and premise of obtaining high quality aluminum alloy castings. Hydrogen is the main source of porosity in aluminum alloy. Correctly understand the source of pores (including the source of hydrogen, the way into molten aluminum, the form existing in molten aluminum, and the way of discharge). The derivation process of pores and the main influencing factors in these processes are the basic premise to take effective refining measures. In the melting process of aluminum alloy, the molecular weight of hydrogen in the air around the metal is not large. Therefore, many researchers believe that the main part of hydrogen absorption is water in the air. When the temperature is higher than 400 ℃, aluminum and water vapor in the air will produce some hydrogen atoms and some hydrogen molecules. The former is absorbed by liquid aluminum, and the latter enters the air.

With the continuous change of water content in the air, the hydrogen content in molten aluminum also changes constantly, and the number of pores changes accordingly. The moisture content in the air is 3 ~ 4G / m3 in winter and above 18G / m3 in summer. Accordingly, when the air humidity is the highest in summer, the most holes are produced in the casting. If there is a dense oxide film on the surface of aluminum alloy liquid, it will greatly slow down the reaction strength between aluminum and water vapor.

In the process of metal crystallization, hydrogen atoms, hydrogen molecules and hydrides precipitate in different forms. Hydrogen atoms diffuse to the metal surface and then leave the adsorption state (evaporation). Hydrogen molecules are removed from the molten metal in the form of bubbles. Hydrides are removed in the form of nonmetallic inclusions. When bubbles float from the molten metal, some bubbles cannot float to the interface and stay in the molten metal, resulting in holes in the casting.

Generally, inclusions in reduced aluminum and molten aluminum can be solved from three aspects: prevention, emission and dissolution

To prevent the furnace charge from absorbing moisture to the greatest extent.

During solidification, hydrogen in molten aluminum should be dissolved in alloy matrix as much as possible, so as to avoid the formation of pores.