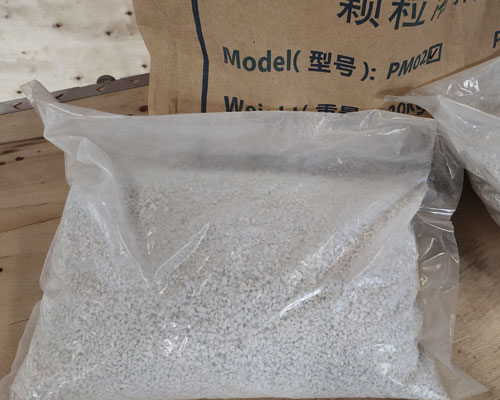 The flux removes dissolved and suspended impurities, including oxides, nitrides, carbides, and carbonates of molten metals and alloying elements. Dissolved impurities include dissolved gases and dissolved solids. The dissolved gas in molten aluminum includes, for example, hydrogen, and the dissolved solid particles include alkali metal elements such as sodium and calcium. For example, when chlorine gas is added, it forms an impurity chloride salt, which rises to the surface and is removed. The suspended solids are transported to the melt surface by attaching to the rising bubbles. The hydrogen is removed by desorption into the bubbles. Therefore, it is important to maintain a finely dispersed distribution of the flux gas or flux salt throughout the melt in order to provide many locations for collecting and removing dissolved and suspended impurities.

When the flux gas is introduced into the molten metal in the form of a fine dispersion of bubbles, this fine dispersion of bubbles coalesces to form larger bubbles as they migrate to the surface. The coalescence of large bubbles causes the upper region of the melt to flux less effectively. Based on the same volume of flux gas, a large number of bubbles provide less impurity removal positions than a large number of finely dispersed bubbles. For example, as observed from the melt, especially in the upper region, the bubble surface area is much less, and hydrogen can be absorbed into the bubble surface, or suspended solids can adhere to the bubble surface to be transported to the surface. That is, large bubbles provide fewer places to collect and remove dissolved and suspended impurities. Therefore, it is desirable to redisperse larger bubbles into a dispersion of bubbles in the upper region.