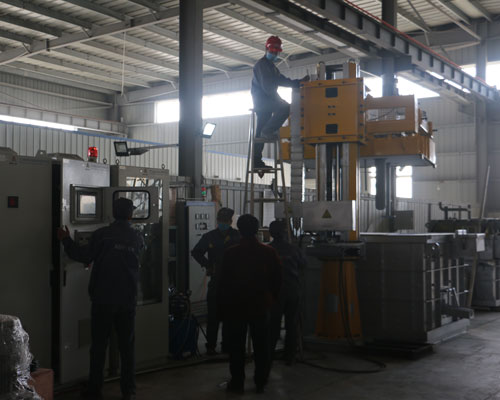 At present, the basic functions of on line degassing are degassing, slag removal, and alkali removal. In addition, it also has the function of adjusting the heat balance of the molten aluminum in the launder.

However, unlike the refining in the furnace, the high-speed graphite rotor impeller of the online degassing equipment can The bubbles are cut into numerous dispersed small bubbles. These small bubbles will be more evenly distributed in the limited space of the degassing box, which greatly increases the surface area of ​​the bubbles and significantly improves the partial pressure difference degassing effect.

If chlorine is added to the carrier gas, the degassing effect will be more secure, and the alkali removal effect will be significantly enhanced. Chlorine gas is highly toxic and has potential safety hazards, which requires strict management and use.

Different on-line degassing methods have different degassing effects. At present, box degassing and launder degassing are commonly used. Among them, box degassing is the mainstream with stable operation effect and high degassing efficiency (specific degassing The gas efficiency is related to the design of the degassing box and the initial hydrogen content, generally 35-70%), but the one-time investment and operating costs are relatively high. The slag removal in the online degassing stage only has a single adsorption slag removal. The tiny slag will be adsorbed on the bubbles and float on the surface of the molten aluminum. Therefore, the aluminum slag in the degassing box needs to be cleaned regularly.