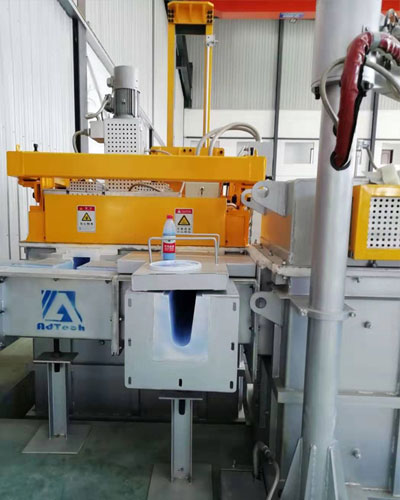 Because online degassing is degassing during the flow of the aluminum melt, and the time for nitrogen to contact the melt is short, its degassing efficiency is lower than that of furnace refining. After online degassing, the remaining inclusions and adsorbed hydrogen in the melt are already very small. But in the process of melt flow, inclusions will be involved and inhaled, so the remaining part of hydrogen is the most difficult to get out. AdTech ceramic foam filter adopts the principle of adsorption to filter, which can effectively remove large inclusions in the aluminum liquid, and effectively adsorb micron-sized inclusions, and the filtration accuracy of the same mesh size is high. It has the function of improving surface quality, product performance, and microstructure. It does not drop slag and effectively reduces the pollution of molten aluminum. Good thermal shock resistance and improved corrosion resistance to molten metal. Automated assembly line production, three calibration procedures, accurate size, more suitable for the filter box.