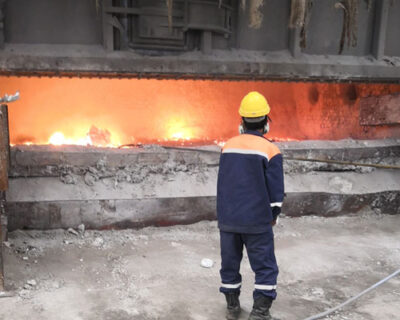 In order to obtain the aluminum melt with low gas content, on the one hand, it is necessary to prepare materials carefully, strictly control the temperature, melt quickly, and adopt measures to reduce the inhalation such as covering agent. On the other hand, it is necessary to carry out effective degassing refining in the late stage of smelting, so as to reduce the gas dissolved in the metal to the lowest possible level. There are three ways to remove the gas from the metal: First, the gas atoms diffuse to the metal surface, and then escape from the adsorption state. Second, it is discharged from the metal melt in the form of bubbles. The third is to form a compound with elements added to the metal and remove it in the form of non-metallic inclusions. After proper degassing treatment by AdTech online degassing unit, the gas content of the aluminum melt is greatly reduced. The degassing refining method commonly used in the smelting process of aluminum and aluminum alloys is the partial pressure degassing method.

Under the effect of the hydrogen partial pressure difference between the inside and outside of the bubble, the dissolved hydrogen atoms diffuse to the melt-bubble interface, where they recombine as hydrogen molecules into the bubble, and then float up with the bubble to escape from the melt surface. This process will proceed until the partial pressures of hydrogen inside and outside the bubble are equal, that is, in equilibrium. Studies have shown that increasing the area of ​​the contact interface between the melt and inert bubbles, it will facilitate the removal of dissolved gases.

The gases used in the partial pressure degassing method include inert gas, active gas, and mixed gas. In addition, there is a method of adding foundry flux to the refining gas and flux degassing.