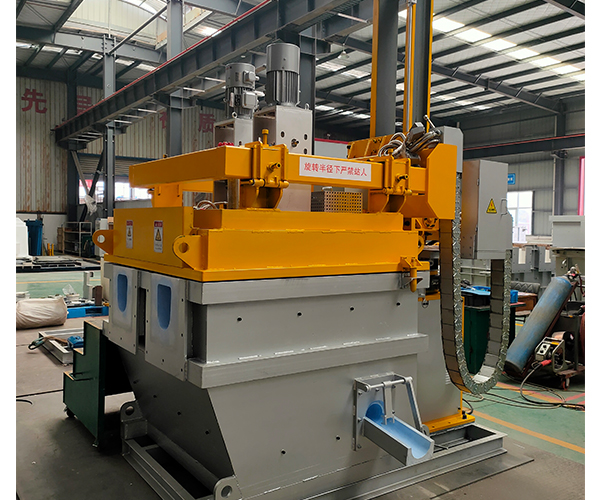 Aluminum Rotary Degasser is mainly used to remove gas and other impurities from molten aluminum before the casting process.

In a typical application of a rotary degasser for molten aluminum, dissolved hydrogen is the target gas that is removed from the melt prior to the next step in the process, such as casting. For example, if hydrogen remains in the aluminum during casting, the hydrogen that comes out of the solution can cause any one or more casting problems, such as warping, spalling, blistering, or even cracking. Dissolved hydrogen usually needs to be removed before the next step in the process.

Hydrogen is usually removed from molten aluminum by introducing an inert gas into the metal. Examples of inert gases that can be used include argon or nitrogen.

In addition to the removal of hydrogen through the use of inert gases, it is often desirable to remove other impurities during the refining process, and such removal may also occur during the degassing process.

For example, the addition of small amounts of chlorine to the inert gas can remove various inclusions and alkali metal impurities in a relatively efficient manner. Inclusions in molten aluminum can come from a number of different sources in molten metal furnaces during smelting operations. Failure to adequately remove inclusions can lead to tearing and surface defects in rolled aluminum sheets, pinholes and increased die wear during extrusion.