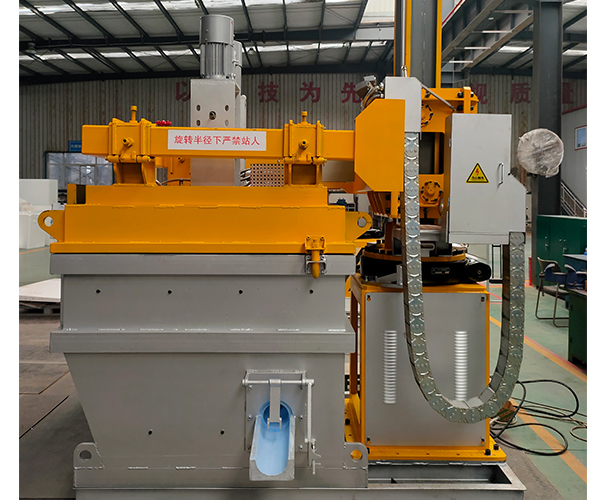 Degassing systems are used in molten aluminum refining to remove gas, and in-line degassing systems typically include the use of rotating rotors to inject inert gas. Rotor devices typically introduce an inert gas into the molten metal through a number of bubbles that the rotor can shear and disperse into the molten metal in order to saturate the molten metal with the inert gas. In systems that do not use a stator, the gas can be injected through the center of the rotating rotor shaft. In many applications, however, the use of a stator is preferred for technical and other reasons.

Often, inclusions, solid salts and other materials floating to the surface of the melt form so-called dross, which can then be skimmed off the surface and removed as waste. Some prior art injectors strive to achieve the desired saturation level using a rotating rotor within a static stator, which is integrally connected to the nozzle portion. The rotating rotor can be used to shear and help disperse the air bubbles and any additives into the molten aluminum. In order to keep the melt surface relatively stationary, it is also desirable to avoid eddy current effects from rotor rotation. Eddy current effects tend to cause surface damage, partial mixing of material in the dross with molten aluminum, and often interfere with the removal of unwanted gases and inclusions.