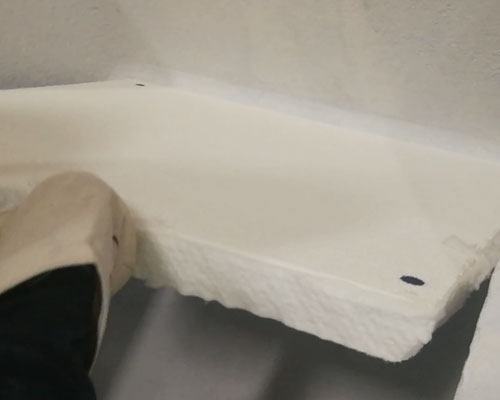 The ceramic foam filter system effectively removes most of the inclusions in the melt, so that the deviation of the tensile strength, yield strength, and elongation of the workpiece tends to be reduced, and avoids the decrease of the mechanical properties caused by the inclusions.

The purification mechanism of the ceramic foam filter system roughly includes the following aspects: interception and blocking. In general, large-volume inclusions are easily intercepted and blocked by the filter. With the passage of a certain amount of metal melt, a filter cake will be formed on the surface of the filter inlet, after which the flow rate of the melt through the filter will be significantly reduced. On the one hand, due to the decrease in the inner diameter of the inlet, the probability of interception of smaller-sized inclusions increases, and the removal efficiency of small-sized inclusions increases. On the other hand, due to the reduction of the cross-sectional area of ​​the molten metal flow channel, the replenishment of the molten metal is blocked, which is prone to casting defects such as delayed feeding and shrinkage. How to Use the Molten Aluminum Filter

Use of Molten Aluminum Filter

How to Use the Molten Aluminum Filter

Use of Molten Aluminum Filter