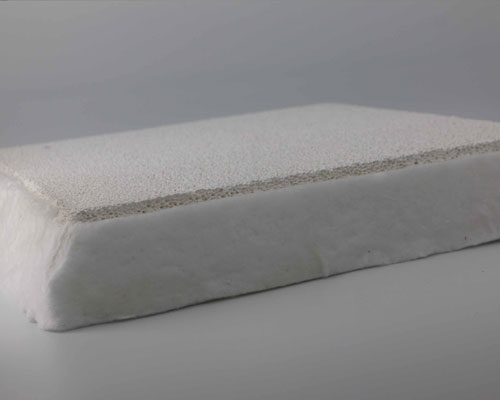 In the melting, refining, and forming of metals, especially in the casting of molten metal, it is desirable to separate inclusions from the molten metal. Such inclusions of impurities lead to the presence of the raw materials used to form the melt, from slag, scum and oxides, in the form of slag, dross and oxides on the surface of the melt, and from the small fragments of the refractory material used to form the chamber or a container, wherein the melting forms a metal melt. If these inclusions are not removed from the molten state of the metal, the quality of the final solidified metal body (the final product of the casting operation) may deteriorate.

Generally, in metal casting operations, a metal melt is formed, and sometimes it is fused or refined in a furnace, in which constituent components are added in the form of unmelted scrap and/or refined pure metal. Low-density solids often combine with partially or fully solidified oxides (called slag and dross, respectively) to bubble or float to the surface of the melt. These floating impurities can usually be scraped off the surface of the melt. However, higher density impurities tend to remain in the liquid melt in a certain degree of suspension and cannot be removed from the molten metal.

During the transportation of molten metal, it is usually desirable to ensure that any slag or slag remaining on the surface of the melt and higher density foreign intermetallic inclusions immersed in the melt are removed before the final solidification step. Molten metal alloys filter is an important step for the metal cleanliness.