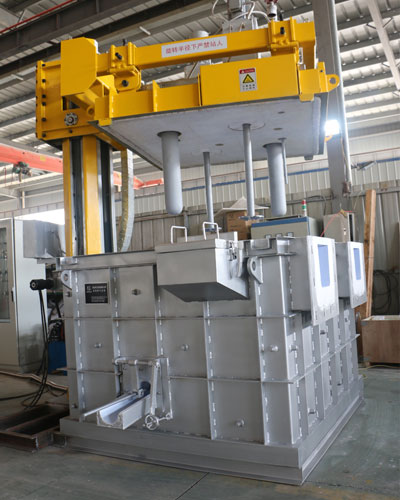 After degassing, the degassing effect is not consistent at different positions in the ladle, and the worst is near the turntable.

The results show that the nitrogen flow rate has a certain influence on the bubble generation position, and the large flow bubble diffuses further, but it causes the aluminum liquid tumbling more seriously, which will cause production safety hazards.

The rotation speed and nitrogen flow rate should be used together to ensure the degassing effect and the aluminum liquid will not be oxidized due to rolling. The flow rate of 15L / min can meet the requirements at 400R / min.